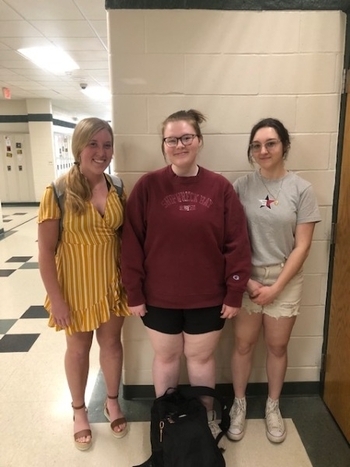 Mr. Millis recently got to choose Student of the Week. He could not pick just one student and instead selected three outstanding students in his Biology class: Kassidy Krapfl, Emma Lange, and Addy Kirby. Mr. Millis said, “They are leading the class in overall percentage due in large part to their curiosity and work ethic.  They work extremely hard to master the concepts and each of them goes above and beyond the . . .